First of all, I advise you to download the Google Earth Pro program, because the Pro version will allow you to subsequently measure the size of the land areas of the tribes of Israel.

In accordance with the prophecy of Ezekiel, the location of the Third Temple is unambiguously and precisely defined as the geometric center of the rectangle of an allotment to the Lord, 28.8 km in length from the east to the west, and 72 km from north to south, at the same time, the historical part of the city of Jerusalem should be inside this allotment  near its northern border, and this part of the land itself, in turn, is the eastern part of the larger an holy allotment, a square 72 km by 72 km, the eastern side of which should not cross the Jordan and should not extend into the Dead Sea, and the upper northwest corner of this square should not be In the Mediterranean Sea.

Using the Add Image Overlay in the menu of the Google Earth program, you should try to arrange the pattern as accurately as possible in accordance with the definition given above. To estimate the size of the image superimposed on the surface of the Earth, use the menu function Show Ruler. 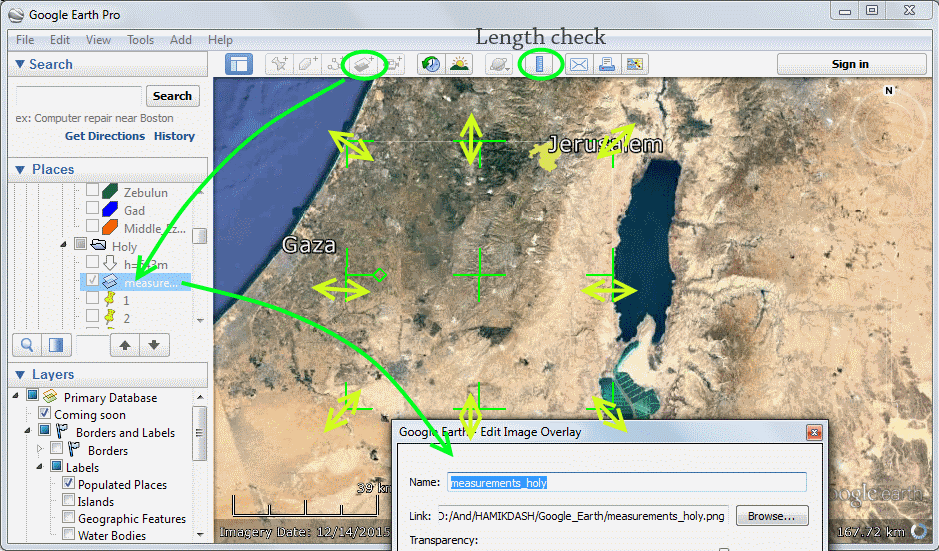 When you achieve sufficient accuracy of imposing a drawing of the plan of the holy allotment, you can proceed to the next stage of measurements. To clarify the contours of the sacred estate, you should place markers at the intersections of the lines of your template. To place special markers, use the Add Placemark menu function. After this, the most crucial step is to determine the exact contours of the holy allotment: the markers located on the surface of the Earth must be connected by line segments using the menu function Add Path.

You must strictly maintain the direction of the segments and control their length. All 4 sides of the rectangle should be measured. 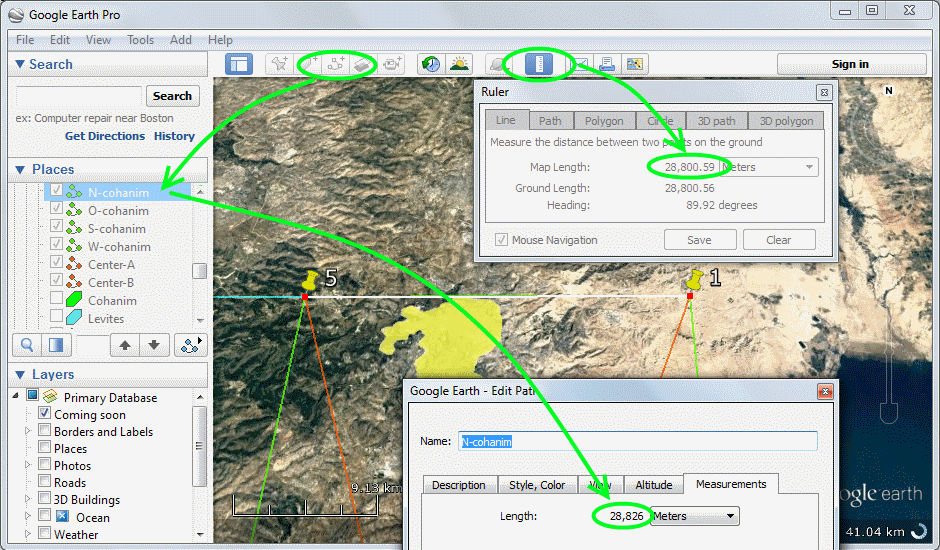 When you are satisfied with the precision reached by the segments of the sides of the rectangle of the holy allotment obtained by you, you can move the markers to the vertices of the segments. After that, you need to draw  diagonals of a rectangle measuring 28.8 km by 72 km. The point of intersection of diagonals will be the center of the allotment to the Lord, it is in this place that the House of Sanctuary should be located.

I draw your attention that in the Masoretic text of the book of the prophet Ezekiel, there is no indication of the unit of measurement in this verse. "25,000 cubits" is a mistake in the English translation of the Bible. In fact, there are 25,000 reeds, not cubits. 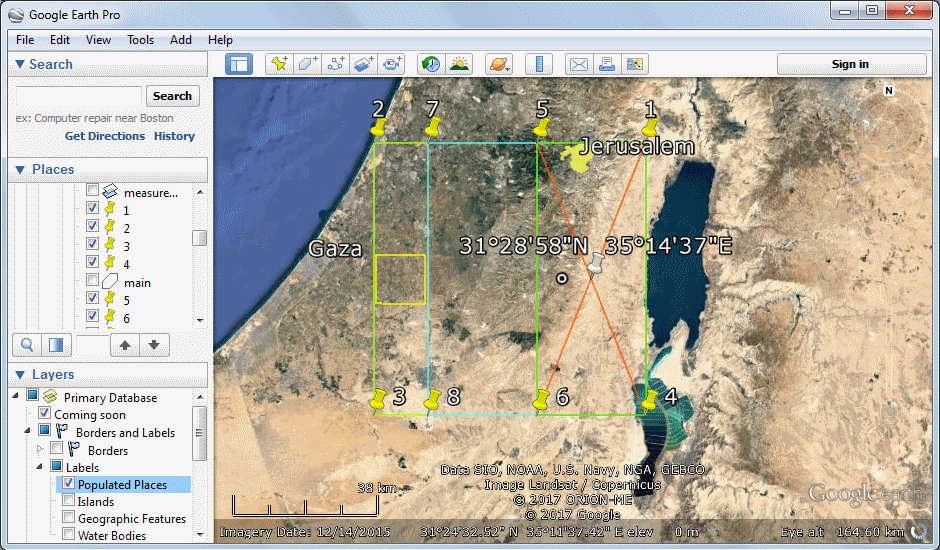 So, having overcome the pitfalls of errors in the English translation of the Bible, we can with satisfaction place the marker of the place at the intersection of the diagonals of the allotment to the Lord and read the exact coordinates of the Temple in the properties of the placemarker: 31°28'58"N  35°14'37"E .

After that, in the Google Earth program you can include a layer of photos of Panoramio and then you will see a picture taken very close to the coordinates you received: 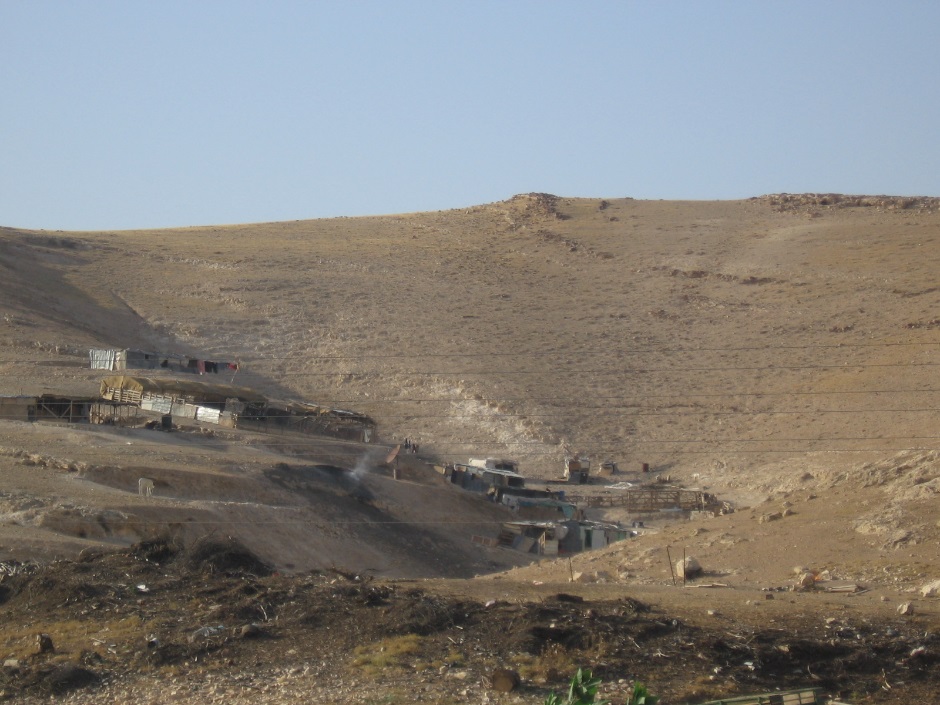 And then, maybe, you will have a question: what do we see on the top of this hill?

This hill is actually a southern, very gentle slope of a mountain 543 meters high. The mountain itself is located on the left and it does not hit the frame. On the right is another mountain, it has a smaller height.

What is there on this slope?